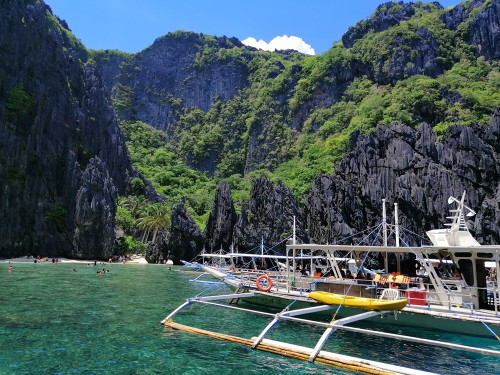 The Best Eco-Conscious Cities to Live In The Philippines

Sustainability is no longer just a buzzword but an absolute necessity. As the threat of climate change looms large on the world, it’s never been more crucial than now to go green. Fortunately, numerous residential communities are taking the initiative to stay eco-friendly, like Westwoods in Cagayan de Oro or Phirst Calamba in Calamba, Rizal.

More importantly, entire cities are also jumping on the green train. Below are just a few of the most eco-conscious towns to live in the Philippines.

Bacolod City is the country’s premier sustainable agri-tourism and organic farm capital. In 2018, ten villages in Bacolod City won the Inter-Barangay Cleanest, Greenest, and Most Well-Managed Solid Waste Management Contest hosted by the local government. Beyond this, the city is also home to the only eco-memorial park in the Philippines, Golden Haven.

Golden Haven is a 100% open green space open to the public, so you can exercise or have an intimate picnic with your loved ones. There are even more green spaces like this in the City of Smiles.

The Department of Foreign Affairs (DFA) also noted that the city’s air quality meets the high standards of the U.S. Environmental Protection Agency. Furthermore, Marikina’s tap water even meets the drinking water standards set by WHO.

Puerto Princesa is nicknamed the “Last Ecological Frontier” in the Philippines because of its rich flora and fauna. The city is surrounded by thick forests, diverse mountain ranges, and gorgeous beaches.

All of its abundant natural resources are further protected by local and international groups that fight hard to preserve its environment. For this reason, it’s a popular ecotourism destination, but it’s an even better place to live, especially if you’re willing to play a part in the city’s ecological conservation efforts.

Calamba is located in the province of Laguna, which is home to Laguna de Bay, the largest inland body of water in the country. The lake provides plenty of fishing, recreation, irrigation, and domestic use opportunities. Numerous groups have committed to conserving the lake’s ecological integrity.

Moreover, Laguna Water, the primary water and environmental source of Laguna, uses salt to produce environmentally-friendly disinfectant solutions to provide clean water to city residents and ensure the health and safety of its clients. You can ensure that you get the highest quality of life when living in a residential development in Calamba, like Phirst Calamba.

Aside from being one of the Philippines’ safest cities, Davao takes pride on being one of the most eco-conscious cities. Davao City is one of the strictest cities in Mindanao when it comes to environmental efforts. The city has very firmly enforced rules for cleaning and trash segregation.

Whether you want to set up a house in Puerto Princesa City or Phirst Calamba in Calamba, these cities have a little something for you to enjoy while on your journey to living an environmentally-friendly lifestyle.