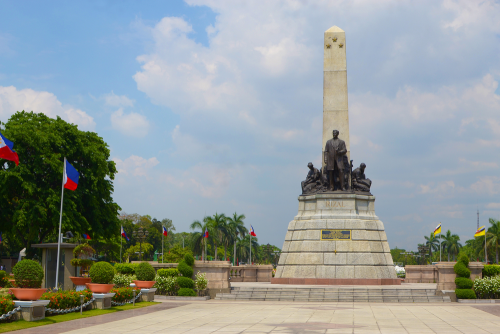 Historic Sites to Visit in Laguna

Laguna is known as the resort capital of the Philippines, and for a good reason. It’s filled with hot spring resorts, powered by the many volcanoes in the area. However, people often overlook the province’s historical significance. The events that took place on its soil affect not just the people who live in Laguna but also every Filipino.

The houses and lots for sale in Amaia Series Nuvali are close to various historical sites in the province. These range from monuments that commemorate revolutionary battles in Laguna to museums that offer a glimpse into the lives of the country’s greatest heroes. Here are the best sites to check out.

The Philippines’ national hero, Jose Rizal, was born in Calamba City. His hardwood and stone family home was fully restored and turned into a shrine. Apart from showing furniture and appliances of that era, the shrine showcases Rizal’s early work and memoirs. Its galleries contain photographs and artifacts that Rizal gathered during his travels.

The Rizal Shrine also has a small museum. This contains copies of his renowned revolutionary novels: Noli Me Tangere and El Filibusterismo. It also displays “Mi Ultimo Adios,” the final poem that Rizal ever wrote.

Stepping into the Pila Heritage Town feels like a trip back in time to the Spanish colonial period. The municipality successfully preserved a church, municipal hall, a plaza, and rows of houses from this era.

The structures, made of stone and wood, show how different the architectural and building practices were. The ground floors were paved with stone, while the upper stories were made of wood. They’re like larger and beefier bahay kubos that could withstand typhoons and earthquakes.

This National Historical Landmark also has a small museum. It contains artifacts from archaeological excavations in the area during the late ’60s. Most of the relics are clay pots.

The Japanese Memorial Garden was established in the ’70s in collaboration with the Japanese Government. It’s meant to commemorate the fallen Japanese soldiers in the Philippines during World War II. This garden is located in the municipality of Cavinti, just along the shore of Lake Caliraya.

For an entrance fee of PhP 20, visitors can freely walk around the park and go on different activities, like picnics or hikes. The garden also has structures influenced by Japanese architecture, like the large torii gate in the entrance. This symbolizes a transition from ordinary to sacred ground. There’s also the main memorial stone, which is meant to be a place for mourning and meditation. As such, eating, drinking, shouting, and smoking aren’t allowed in the area.

The Battle of Mabitac Mural

The Battle of Mabitac was a military engagement during the Filipino-American War. Under General Juan Cailles, the Filipino revolutionaries defeated the American forces of Benjamin Cheatham Jr. The American army lost more troops than the Philippine ones, making it a significant victory for the country.

Laguna is seen as a place for vacations or retirement. However, people seem to forget its rich heritage. It’s the birthplace of great heroes and artists. Laguna’s grounds have been the location of many revolutionary battles. Visit these sites to learn more about Laguna’s role in shaping the Philippines’ history.